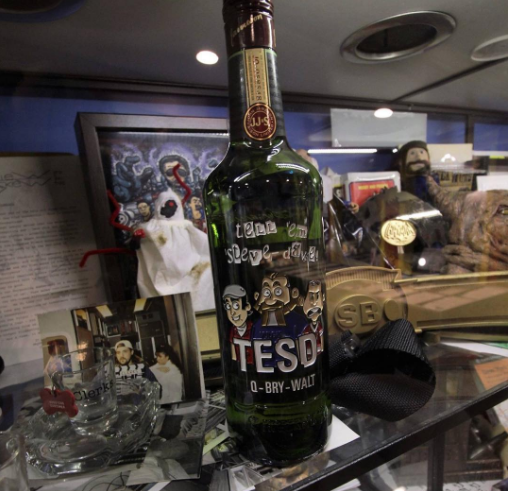 “Frank Sinatra said in a song that some people get their kicks stompin’ on a dream, and I never thought of you as that kind of person.” Q to Ming about Vinylcast

“If you’re getting paid, that what’s you get. That’s carte blanche for me to step on your balls and grind them to dust.” Walt hiring someone to ink the vinyl cover.

“Can you imagine you’re a lawyer and that’s what you went to law school for? To find out who fucking the fake Brian Quinn is? That’s fucking wrong!” Walt

Walt listens to Gitem’s appearance on the Misinformation Podcast.

Sage has a play date at Mings house. Bry says it is NOT a hoarder situation and Debbie Chen should be exonerated. Ming has framed menus hanging up on his walls.

The vinylcast presales have been enormous. Walt draws the cover art.

Impractical Jokers posters are all over the place and the premier is upcoming. will the guys in the firehouse look out for Q not getting hurt now that he has a TV career. A fake Q twitter account infuriates him.

Walt goes to see a magician and is astonished. He thinks the army should use magicians to trick the enemy. Q tells him that their was in WWII, the War Magician.