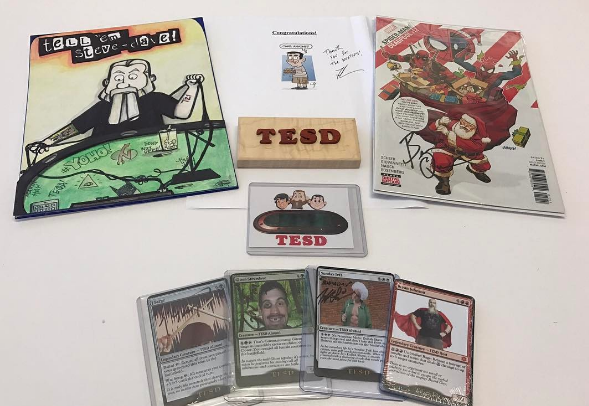 The guys discuss horror films after Bry and Q see a preview for Chernobyl Diaries and discover it is getting backlash from offended Ukrainians.  Bry’s sensibilities have changed and he doesn’t think he would make a movie as offensive as Vulgar today, he can’t even get into Saw, Hostel, or Human Centipede.

The evolution of language is analyzed when Bry is forwarded a petition to Ban the R Word.  Words don’t have the same meaning as they did decades ago.  Bry and Walt used to use the term Rebop to talk about special ed kids.  Q coins the term Foam Face stating that even nonsense terms can be considered offensive when taken out of context.

Bry announces he’s going to rehab and will be taking a month long sabbatical from TESD.

TruTV wants Q to have his own opinion about Wiener Circle, not have Walt’s unfavorable review be the last word.

Walt watches a film called Blubberella, a fat heroine who fights Nazis by farting on them.