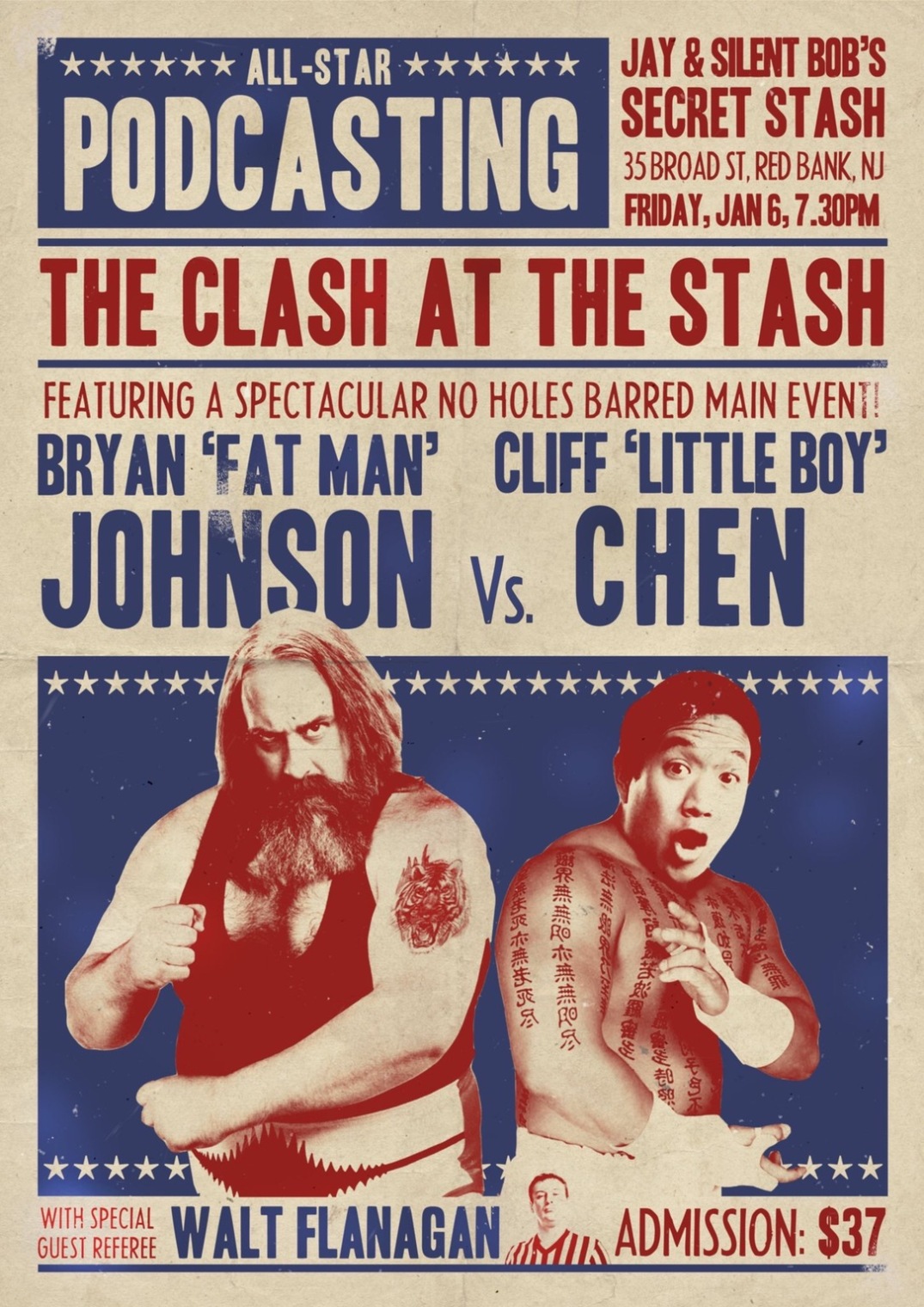 Move over Mark Spitz , step aside Bruce Jenner…make way for Sheldon the Sheep of YouTube. The 2013 Pod Wars start now!

“Ming do you want us to go all the way” Mike

“Do you guys have dicks? You aren’t eunuchs going back to Sodom and Gommorah” Bry

“It’s hard to think like the common man anymore” Q

“Murder, Drugs, Lesbi-ism” Sunday Jeff and Gitem trying to come up with an answer.

You Don’t Ming Me Flowers

Walt changes the name from Pod Olympics to Pod Wars due to the litigious nature of the Olympic committee.

Walt questions the reasoning for Greek competing nude in the ancient Olympics.

The opening ceremonies involve Gitem lighting the Olympic Zippo and paraphrasing Hitler’s speech from the 1936 games.

The three competing teams are named for their paying sponsors: Bry and Q are team TESD Army who Walt names every person who donated, butchering many. Ming and Sunday Jeff are Team Revel Cycles. Ming and Mike are Team Sheldon the Sheep on You Tube. Gitem and Darren Johnson are available for Sunday Jeff or Mike in cases where I Sell Comics and Puck Nuts have to go head to head.

Round 3: Sheldon the Sheep VS TESD Army. TESD Army Wins.

Round 5: Sheldon the Sheep VS TESD Army.

Sheldon the Sheep wins the Gold in the Family Feud event.

Event 2: You Don’t Ming Me Flowers.

Round 1: Q requests a dozen roses to apologize to Erik Johnson for giving him an STD. Final Time 5 min 41 sec.

Round 2: Mike calls as Bry to send flowers to his brother Erik to apologize for missing their Moms funeral since he got busted molesting his kid. Final Time 7 min 19 seconds.

Round 3: Sunday Jeff sends condolence cards to Sal when he hears he has Super AIDS. Final Time 8 min 9 sec.

Team Revel Cycles wins the gold in this event.