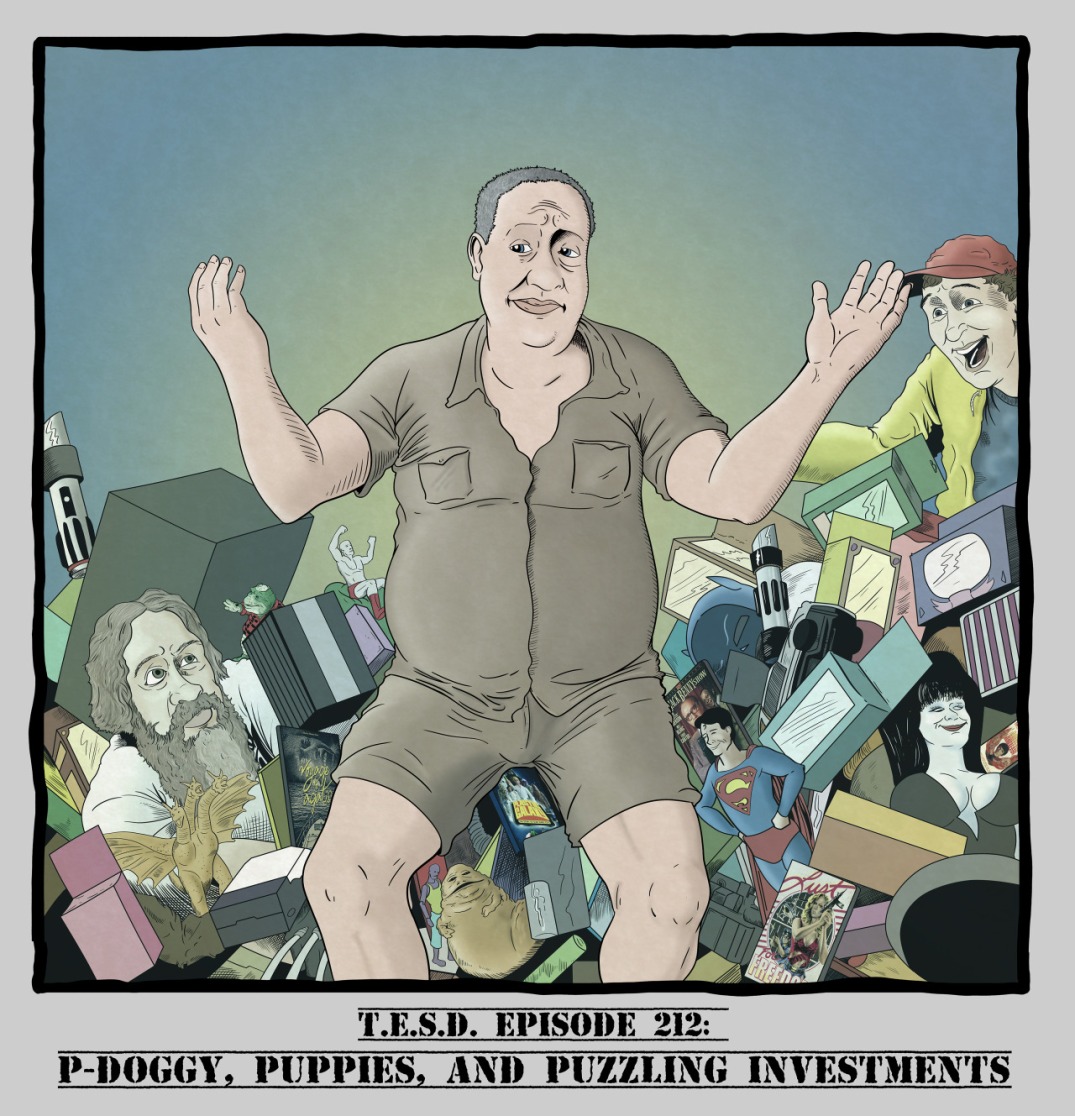 Hitlearn Something New :  Hitler wants to exterminate a breed of dog for biting him once

A librarian at a retirement home has started burning episodes of TESD to cds so that the elderly residents could listen without having to learn how to download files to an iPod.

Walt gets a French Bulldog puppy, unknowing the hero he will one day become.  Walt and family had a hard time picking a name but then settled on Cooper.  Walt says he’s named after Alice Cooper.

Walt stages an intervention for Sunday Jeff.  While he has stopped collecting so many toys, his DVD collection is out of control.

Sunday Jeff does many cartoon voices, including Droopy Dog.