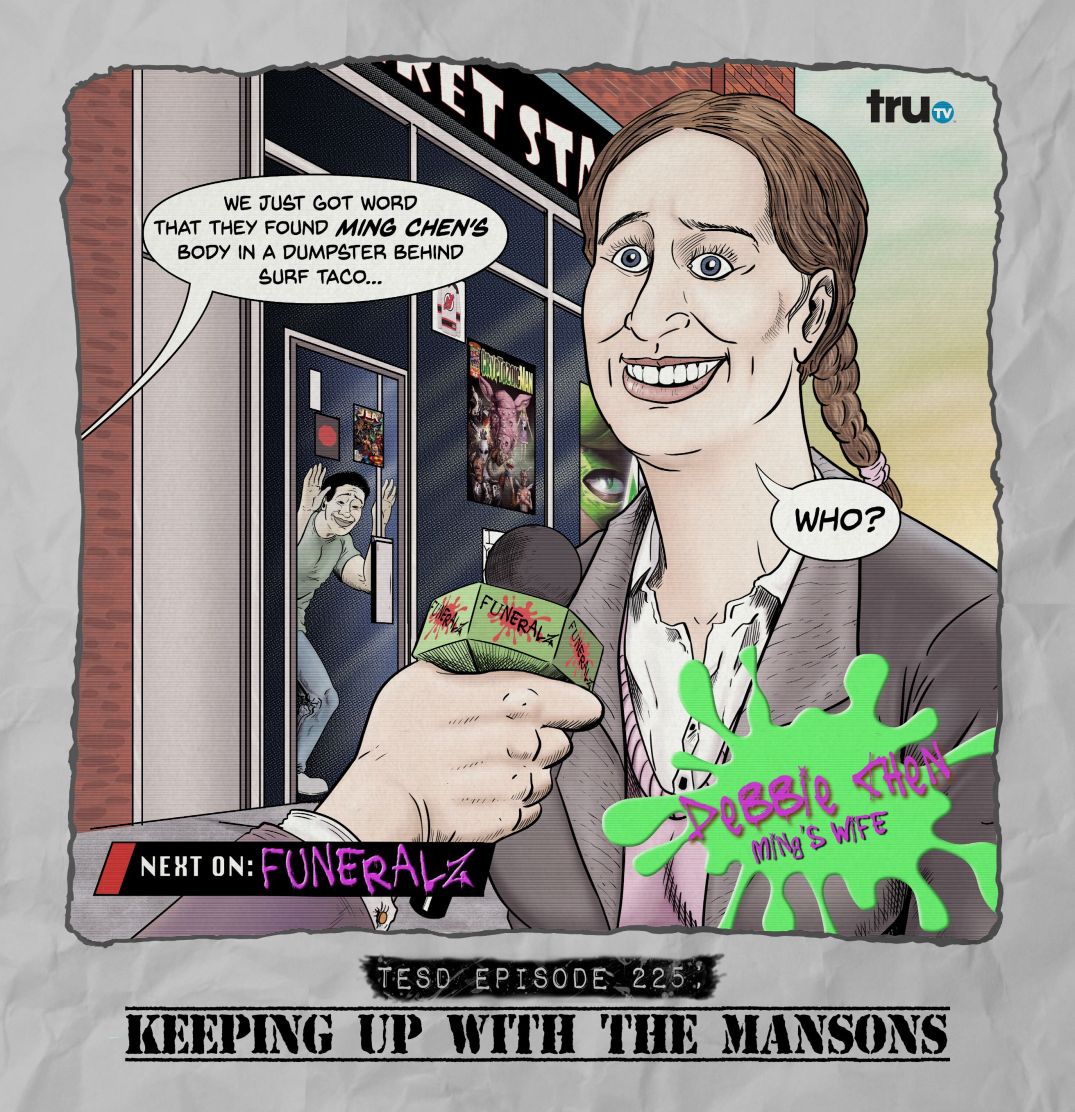 Who will win in the battle between Man vs. Grimace. Will Funeralz become a hit?

“If the headline was old black dude snatches ball from Grimace, we’d never see it.” – Bry

“I can see it, from the makers of ‘Jokers Wild’ comes ‘Funeralz'”-Q

“Manson is yesterday’s news, if she was smart she’d marry Cosby.” – Troy

At a Bengals V Saints game in New Orleans a Cincinnati receiver tries to toss a ball to a female Bengals fan but it is intercepted by an elderly Saints fan.  Walt says the only reason this is news is because the victim was a woman.  Q says that it wasn’t wrong to fight for a ball, it’s all part of the sporting experience.

Bry is heading to a con with Mike and Ming in New Orleans.  Bry recounts numerous awkward celebrity interactions where Mike and Ming act like awestruck fanboys and he feels embarrassed, like when they cut in line to bother Bruce Campbell.

Buddy the Cake Boss gets a DUI.  “You can’t arrest me, you cops.  I’m the Cake Boss!”  Walt tries to tell his girls about the incident due to their love of his show and they refuse to believe him.

The Christmas episode has been recorded and is a huge file that takes six hours to send to Declan.  It boasts an all star cast and games.

Walt comes up with a few TV show ideas.  In one a person competes to eat expired food to see if his stomach is tough enough.  His second show idea would go down in TESD history and later is pitched to TruTV’s Simmy in episode #306: #Funeralz.  The host will ask a regular Joe on the street their opinions of a celebrity, and if the feed back is poor he will tell him the celebrity died to see if they change their tune.  Then they bring the real celebrity out to confront them.  Bry says this is reminiscent of the show “H8rz”.  Walt says this can be done with regular people too by interviewing their family and coworkers to see how they really feel about a person before surprising them.

Charlie Manson is getting married to a young groupie.  Bry reveals he likes the look of the hippie chick followers of Manson’s family but couldn’t imagine the smell of the unwashed bodies and sex in the commune.

One thought on “#225: Keeping Up with the Mansons”