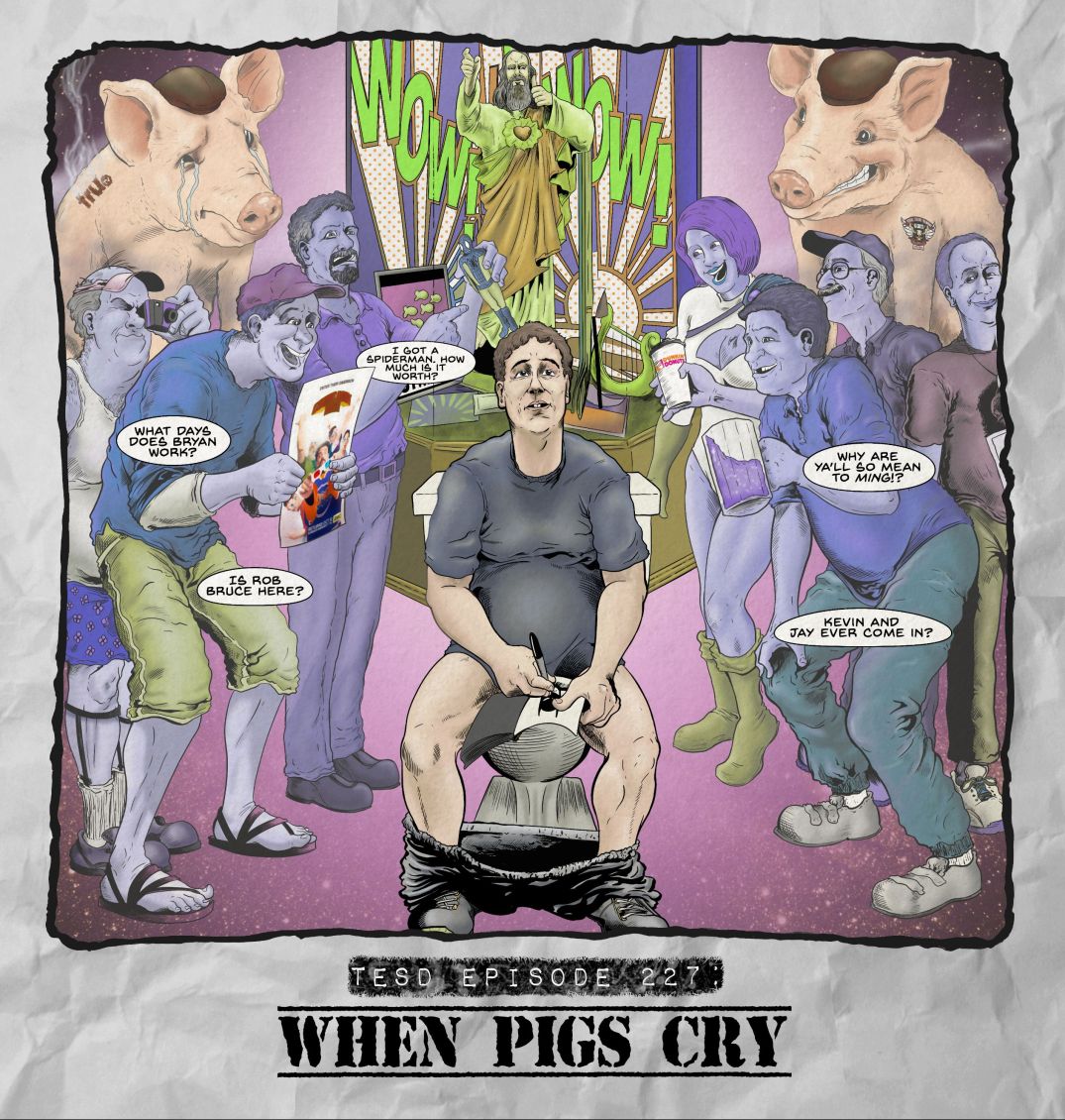 Will Q get ‘Jappled’? Walt suffers from a recurring nightmare. Bry dismisses a family’s holiday anguish.

“Are you saying Declan dropped the ball?”- Q

“I dunno about a midget, but I bet a dwarf could get me down.” – Bry

“It’s hard to tweet dick picks back and forth instead of just texting.” – Bry about Q sharing his personal number

“Still number one on iTunes, not even that shitty bandcamp!”- Bry

“Hell’s Angels might have to change their colors.” – Bry

Q accidentally tweets out his personal phone number when trying to direct message the wrestler Hornswaggle.  Q is inundated with texts and calls from fans, only one of which Q claims was funny.  Q is forced to change his number three times because Joe and Sal keep tweeting out his new number each time.

Q alerts the ants that he has won the battle of the Turkey apple this Thanksgiving.  Walt hosts his family Thanksgiving and his brother in law brings a live pig because he couldn’t find a sitter.  Walt is amazed at the intelligence of pigs and how it cries human tears.  The pig sleeps in bed with it’s owner, loves SpongeBob SquarePants and keeps his owner warm in the winter.

Walt takes his daughters Black Friday shopping at 1 in the morning but all they get is lip balm that wasn’t even on sale.

Q talks about how working at BlockBuster ruined his mood to the point he realized he couldn’t work retail.  Q says he wakes up angry some times for no reason and about how therapy has helped him.  His therapist says his anger comes from having to defend his older brother from bullies as a boy.

Walt discusses a reoccurring nightmare where he is forced to shit in a toilet in the middle of the Stash while people keep coming up and asking him questions the whole time.  Q says this is expressing his feeling of lack of privacy.

Q claims he feels closer to TESD ants than IJ fans and Walt says it is because on TESD his is his authentic self.

The 4 Color Demon patches are about to be released.  Q is worried about ants being harassed by real Motorcycle Clubs.

The Devil’s Wings – The Purge Effect