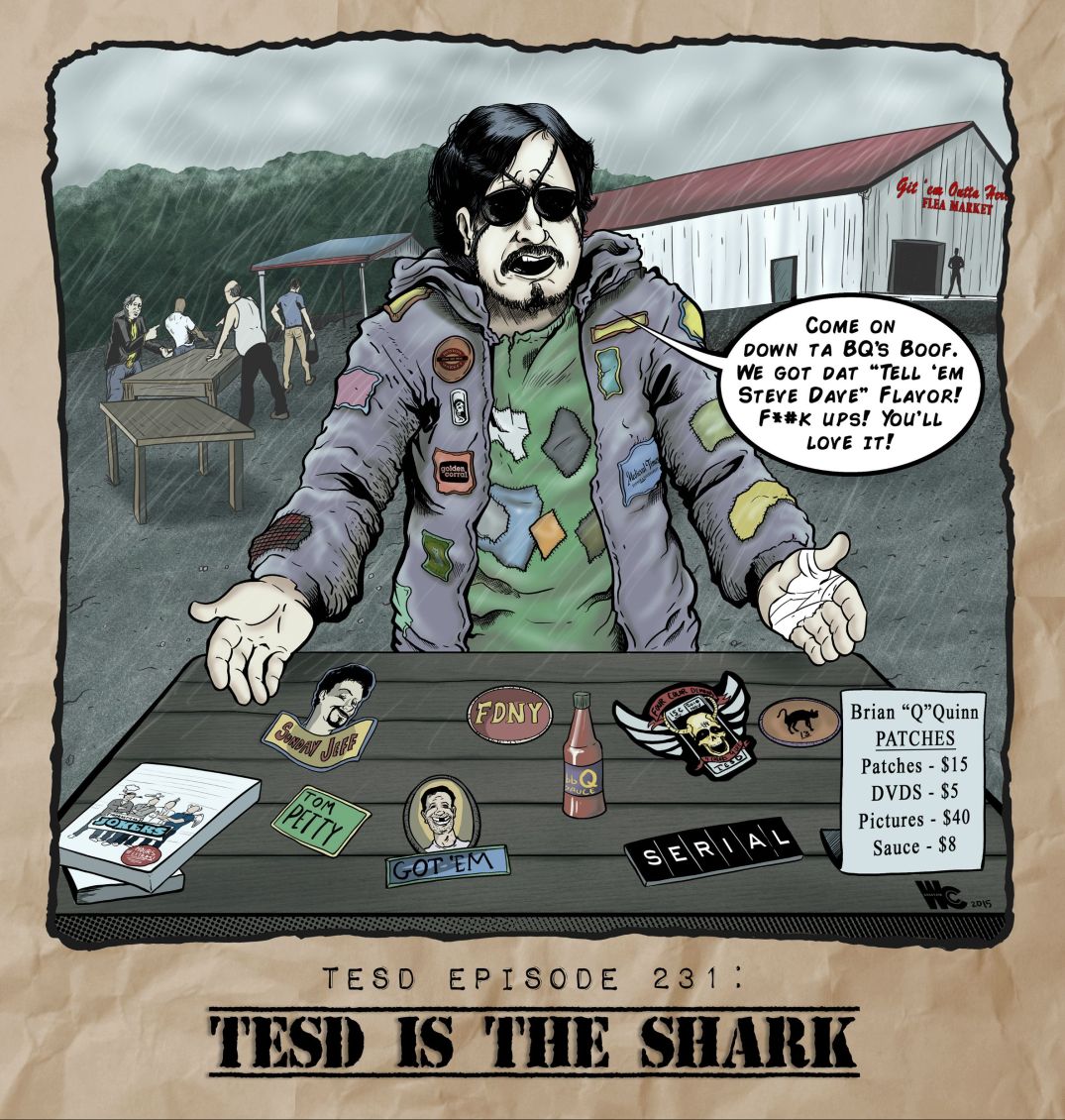 “I think Kony should do the ice bucket challenge, that’ll bring him back in the lime light!” – Bry

“Could it trigger multiple fuckin’ patches?” – Walt on why TESD is better than Serial

“If you were a fuckin biker your name would be Patches you’re so into patches right now.” – Walt to Q

Bry promotes his Why Bry shows in Florida and asks Sage to help him beg for money or else she won’t get to go swimming in sunny Florida.  He says if they don’t get the cash she will have to swim in the freezing Shrewsbury river where she might drown and be eaten by crabs.

The podcast that took the world by storm “Serial” is discussed.  Bry says TESD is nipping at it’s heels.  Walt wants to find his own crime to investigate.

The 4 Color Demons patches have been approved and ordered.  Declan questions why the patch cites November 2010 as the first recording when in fact it was 2009.  Walt and Bry claim Q was ultimately responsible for the error, Q thinks it’s perfect the way it is as mistakes are common in TESD town.

Would Q give a eulogy for a fans grandpa over skype?

Q asks twitter to answer when TESD jumped the shark.

Audible is not as quick as Walt would like to release the new TESD audible book.  He asks Declan to bluff his way into a phone call with a bigwig by pretending there is an emergency as if he was in the movie Speed.  Declan misunderstands and thinks Walt wants him to call in a bomb threat to force them to release the project.

Christmas eve Bry tries to adopt a cat from PetSmart for Sage but the adoption process is too stringent.  He ends up going to ASPCA where they try to upsell him to get two cats.  The black cat Salem goes into hiding as soon as Bry brings it home.  Three days later it emerges and crashes through the screen on an open window and escapes into the night.  This broken screen will come back to haunt Bry as the beginning of ScreenGate 2015

Bry gets into it over Craigslist with a woman trying to give away two cats but insisting on charging 75 dollars each for things she should have taken care of anyway as a responsible pet owner.