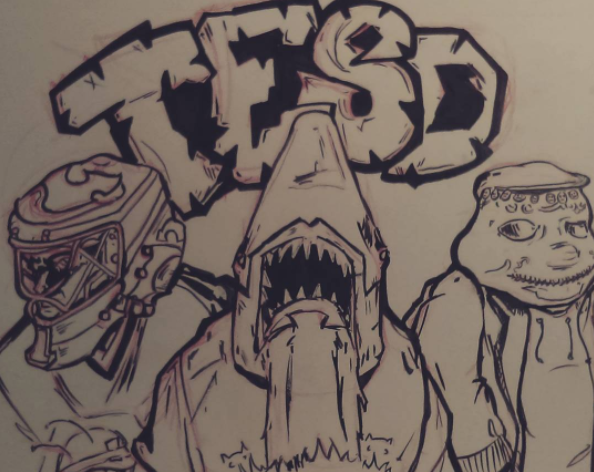 “The thing I took of Graceland was this gaudy mansion in the middle of hell.” – Walt

Convicted by an All White Jury

Girls are taking selfies as people die in an explosion behind them.  Bry asks if Ming is that narcisistic.  Bry comes up with a bit for IJ that involves a 12′ long selfie stick.

Bry and Q go to the internet to settle who pronounces Auschwitz correctly.  It’s a tie.

Walt says the second main singer of the Cars looks like a praying mantis vampire.  Walt wonders why he wasn’t the face of the band in favor of Rick Ocasek

Q visits Graceland and becomes obsessed with The King.  He says the workers there are almost cult like in mentality.  Q’s cab driver tells him a story of how people would hop the fence to picnic on Elvis’ lawn and how one day Elvis rode up on a horse to chat with them.  Walt asks Q if he would do the same for people who wanted to eat on his lawn.

The guys discuss Elvis and Priscilla’s romance when he was in his 20s and she was 15.  He took her across state lines and she had to do uppers and downers to keep up with him.  Walt says if the press back then was like today Elvis would never have made it big with a scandal like that.

The TESD in a Flash design is talked about.

Walt’s oldest daughter has become hooked on Impractical Jokers.  Her favorite is Q but after a life time of Walt fucking with her refuses to believe that her dad is actually friends with him.

Q was fired from Blockbuster a long time ago for posting in an AOL forum he would day dream about customers dying in plane crashes.