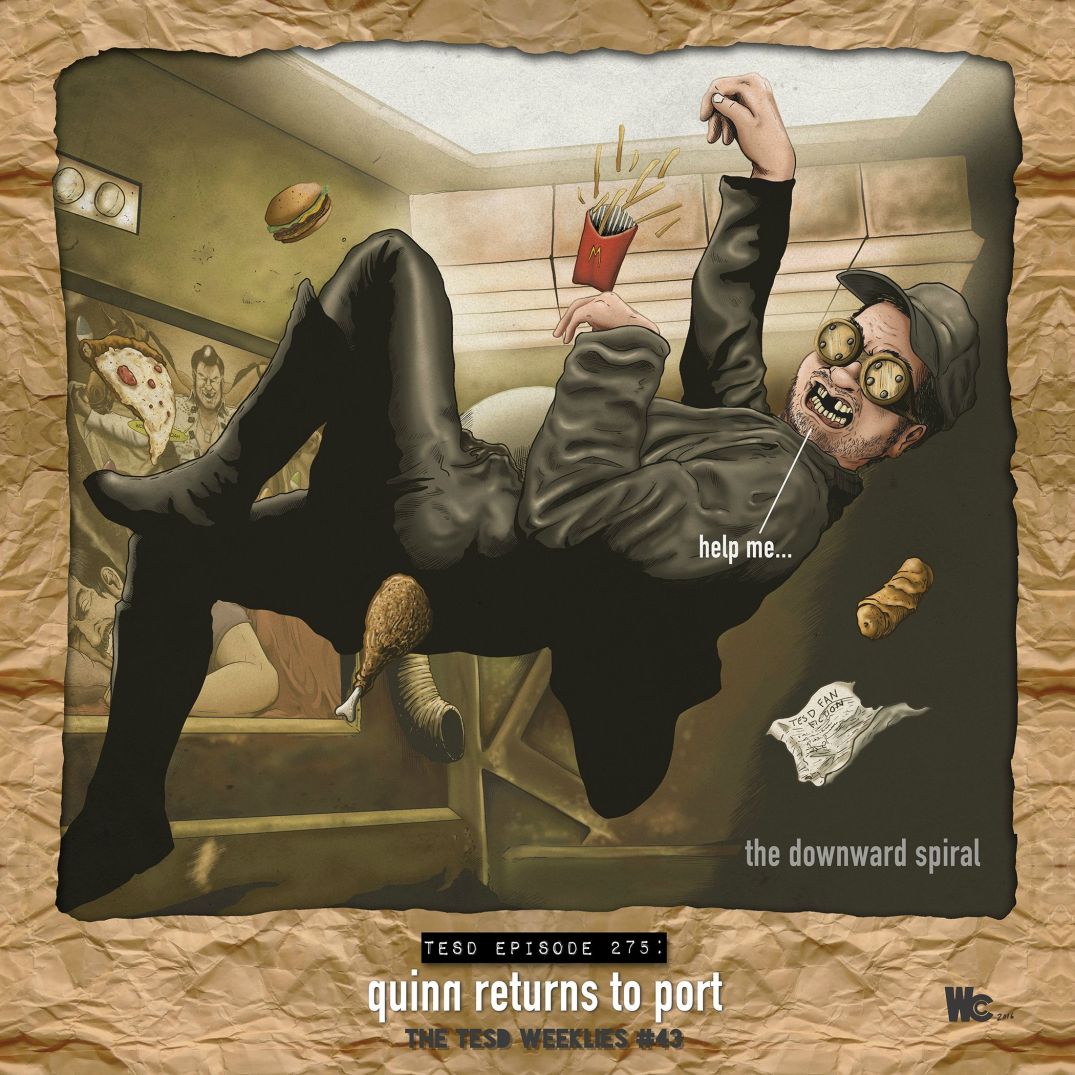 All ashore as the guys speculate that the 13%ers may be a significantly larger number than previously thought. TESD delivers a special early Valentines present to all romantics.

“How the fuck is that an accomplishment worth celebrating?  For fuck’s sake!” – Bry

“The Space Monkeys are like the Defenders.  Anybody can be a monkey.” – Walt

“He doesn’t get the humor of friends sucking other friends’ cocks.” – Bry

“I saw him on Honnoh Montahna.” – Walt about Joey Fatone

:Are you thinking Chorus or Inter-Chorus when you hear that?” – Bry about Gitem’s crooning.

Bryan mentions that he used to call his brother Erik ‘Square Dick:  The cubicle pubicle’ and now Walt is reminded of that every time they do an ad for Square Space.

Q tells of a happy Bryan Johnson fluttering around the Impractical Jokers Cruise like a social butterfly.  Bry mentions meeting a certain 13%er named Maribeth who attended the cruise for the sole purpose of seeing the Space Monkeys Show.  Bryan and Maribeth are currently engaged to be married.

Bryan talks about hanging around with the other comedians on the cruise and how he gained respect for Owen Benjamin when Owen declined meeting Bry.  IJ writer Casey Jost asks how to get Bryan on the writing staff for the next season.

Bryan is astonished at the female:male ratio at the Ant meetups on the cruise.  It was at least 2:1.

Bry explains the phenomena of the IJ fan fiction that was read on the cruise.  Q’s parents walk out due to the filthy nature of the Space Monkeys show.

Bry recalls a series of bizarre fan-fic like pictures that were circulating the internet about TESD.

Joey Fatone asked Q to cash in some casino chips for him but Q went out and gambled with them instead, ending up making bank.

Bry reads some advice that Joey Fatone had given One Direction.

Far too much – You Will Regret This