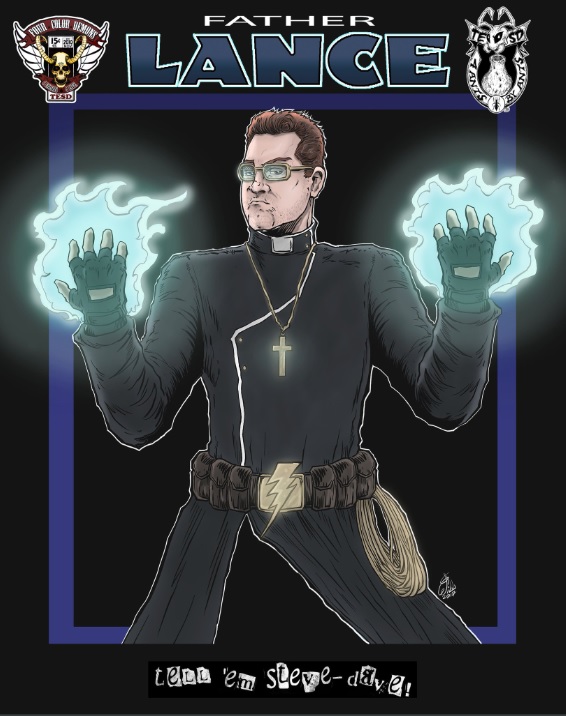 Father Lance is a deacon in the Catholic church and TESD town’s resident exorcist.  He has taken classes on possession and exorcism given by scholars from the Vatican.  He is now a member of an exorcism task force along with other priests and medical professionals ready to investigate any claims of possession.

Walt has gone on record saying he would do anything for Father Lance… except root for the Pittsburgh Penguins.