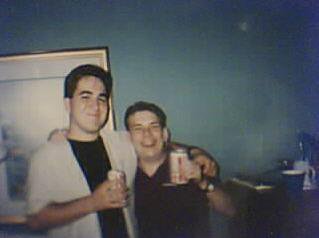 Toad is a long time friend of the View Askewniverse family and was the main topic of discussion during the 3 part Houston series. He once accused Walt of jerking off to Cornelius and demanded Scott Mosier retrieve him a drink. In early 2015 Toad reconnected with Bry and Q via twitter and became a new frequently discussed topic on the pod. Toad has yet to be a guest on TESD, although it did slip out that he called in to the show but his segment was eventually cut from the episode. Today you can find him blowing up Q and Bry’s twitter feed with LOLs, or playing Xbox One on his new TV.