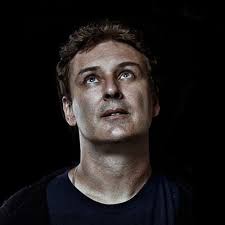 “The show runner gets notes, a lot of them are to try and stop me talking about getting in bed with Bryan Johnson.” – Q

“Rich we need to put a call out for another iPad” – Bry after Walt smashes his old one.

Walt is really low energy from having to deal with the shooting of Comic Book Men and having to manage the store at the same time.  Earlier in the day Walt was confronted by a customer that said Gitem yelled at him.  Gitem says he just shouted across the store to the customer not to dig through all the Vinyl Pop figures because there were no hidden pops in back of the other ones.  He refuses to take responsibility for the altercation and makes an offhand comment about Walt chastising him for closing early causing Walt to smash a Shure mic down on the table and his iPad screaming for him to “Get the fuck out of the store”.

Walt says that sometimes he wishes he just had a mindless and anonymous job like a Target or Walmart employee.

The TESD guys keep teasing the idea of a Patreon style version of TESD, this will not come to be until a year later.

Bry appears on the IJ After Party show.  Simmy wants to take a proven concept like Talking Dead and copy it on TruTV.

Walt talks about the filming of a secret TESD project the previous week which he was so wrapped up in that he absentmindedly walked out of grocery store without paying and ran several red lights.

Bry reads a story of a Swastika painted rock in Highlands.