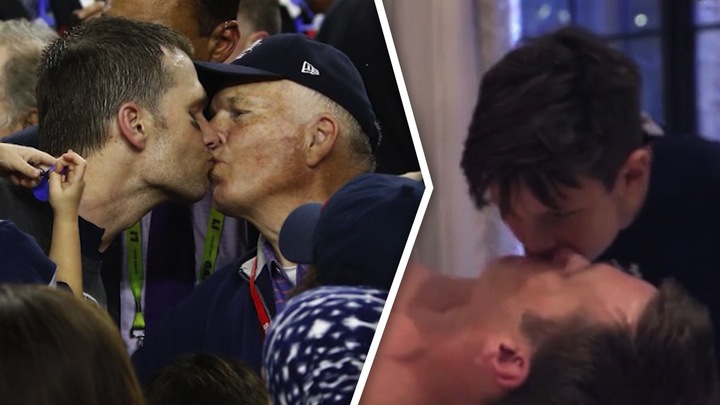 Walt extolls the virtues of Tim vs Time. Q misses the point of a museum.

“Not that one! You keep showin’ the bad pictures. The eye-black one, where he’s on the field scowling.. brooding.. ‘I’m about to take your team down’ look.” – Walt

“Should I google Tom Brady shirtless or just get one off your phone?” – Bry

Walt recounts the tale of being assaulted by a peacock.

During a late night trip to the Food Town Walt doesn’t make a turn as quickly as a young female driver would like and she loses her mind at him.  Walt waits in his car to try to avoid an altercation but when he finally does go into the store she is waiting for him.  She continues to scream at him and the security guard tells Walt to leave her alone.

Tom Brady releases a documentary about how great he is and makes out with his 11 year old son.  Would Walt Bry and Q have better relationships with their Dads if they did this?

Q ignores Civil Rights and Black History in favor of Indiana Jones at the Smithsonian.

Bry brings in an overkill topic about a woman who sacrificed her children in an Illuminati Voodoo ritual.

February 14, 2018May 10, 2019 by tellemstevedavewiki Categories: Episode, Overkill Leave a comment