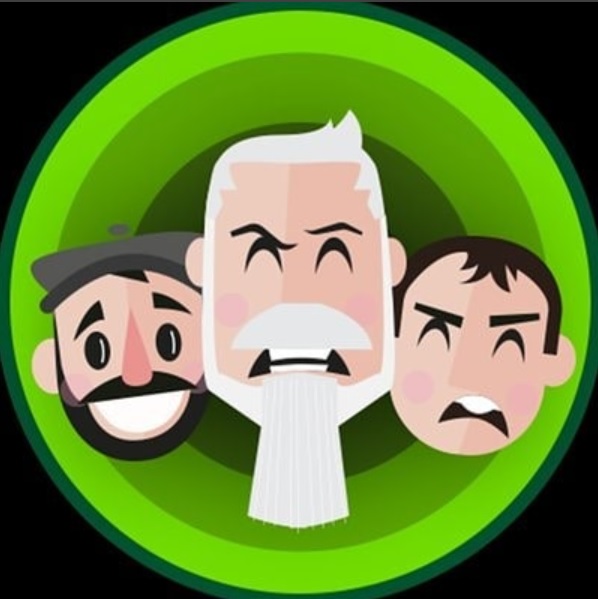 Bry, Walt and Q celebrate Q’s return with stories from the IJ set and deliver big news…some of it good and some of it not so good.

“It took me 8 years to warm up to my guys” – Walt about the Comic Book Men crew.

“I’m sure they’re scared right now.  They’re on a ledge right now.  It’s your job to talk them off the ledge.” – Walt

“Smodfan has one foot on the ledge and the other on a banana peel.” -Bry

“We got every religion plus the skull, what more can you ask for?” – Bry

“Who sent you that in an email you fuckin’ thief?”- Bry to Walt

Quinn’s triumphant return to the podcast.  He says he is happy to be back right on time for Cinco TESD Mayo, only to find out that it started three weeks ago.

Bryan gives some shout outs including to an ant battling lymphoma.

Q is forced to sit through a 2 hour sexual harassment seminar prior to filming.  Walt wonders why he didn’t just send his stand-in.

TESD wonders if Muhammad is stuck in a well with Baby Jessica.

A new sushi delicacy called “Shiriko” is sweeping the nation.  It is actually fish sperm.

Walt is annoyed at people who go online trying to take IHOP down a peg for trying to re-brand itself.

Bry reads an email by a disgruntled listener who claims Walt stole Cinco TESD Mayo from him.

Comic Book Men has not been renewed after 7 seasons.

TESD opens it’s new Patreon where additional bonus content will be available in addition to the weekly free episode of TESD.  Weekly bonuses range from the All New Puck Nuts, the Sunday Jeff Show, never before heard Space Monkeys and Why Bry shows to name a few.

Walt and Q’s comic Metro has been successfully funded through Kickstarter.

Walt and Gitem put an end to the weekly Dyslexia challenges.