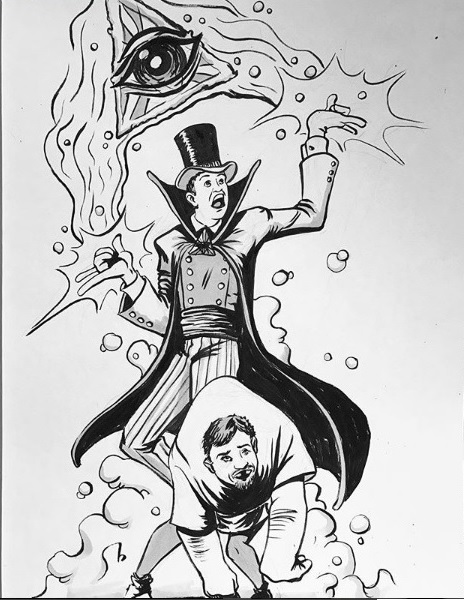 “I texted saying I secured a room for privacy” – Walt

Recorded after a 12 hour day at Vulgarthon.  Walt feels like Jerry Lewis at a telethon.  Bry says the TESD ants are more worthy than those cripples.

Walt and Bry were apparently in a bit of a tiff over a miscommunication about Patreon and Walt texted “Fuck Off” to Bry.

Bry and Q recount the San Diego comic con where they attend a party for Justin Roiland on a boat.  The Fat Man and Little Boy show with Bry and Ming had a rough start when the entrance Bry wanted was fucked up.

Bry gets annoyed when a School of Rock summer camp begins to put on a concert at his pool club.  Why should he have to listen to untalented teens?

Q gets recognized at a bar from the lead singer of a cover band who continuously points him out by adding the phrase “Impractical Joker” to all his songs, chasing Q away.

Walt wants to have his daughter Alicia be a transgressive artist online by the name of Gore Girl.

Bry is disgusted by a famous model Sophia Hadjipantel trying to start a unibrow movement.

Walt is back on the Tom Brady band wagon after he gets body shamed for a shirtless photo.

The Fill Ins – No Love Lost