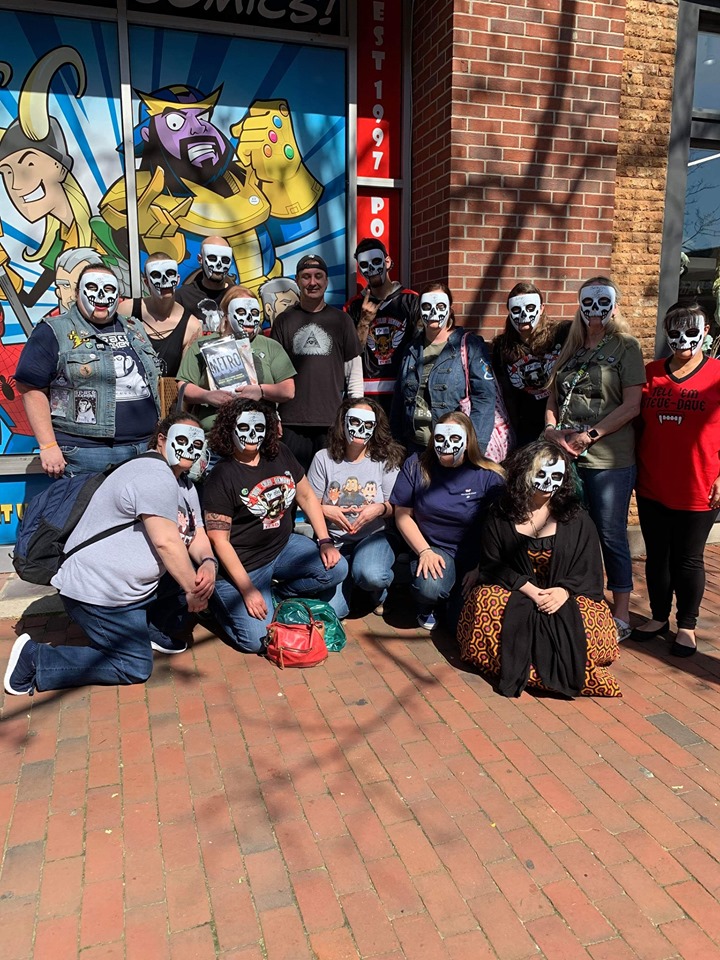 Provocative bumper stickers, which member of TESD will die first and Bry learns to use his words.

“I think we all have major parent issues, right?” – Walt

“I’d give you my best shot but your wife took it in the mouth last night!” – Bry sea-lioning an angry old man.

“There’s gonna be subjects like when they start talkin’ about their boyfriends and I’m like ‘I don’t wanna talk about it, I don’t want to hear about it or I’m going to get pissy and ruin the whole night.'” – Walt

This episode was recorded at A Shared Universe Podcast Studio, home of the trucker hat.

Bry and Q are impressed with the quality of the Patreon rewards and wish Walt would set some aside for them.  Walt says the paying customers trump the talent.

Bry describes a form of in-person trolling called Sealioning and says he has enjoyed doing this in his own life.  He get’s into an altercation in a parking lot after an old man gets furious at Bry for not seeing him when he was pulling in and Bry enjoyed setting him off.

All three guys discuss how different interactions with their parents formed who they are and their personalities.  Walt puts on this macho man front because he never had a strong relationship with his father.  Q’s mother’s criticism has a way of crumbling his confidence to this day.  Bry’s issues with Pam and Edgar have been well documented.

Bry thinks that by trying so hard to ensure Sage never felt the same way he did growing up has backfired by now making her too over confidant, smack talking him and thinking she’s great at everything.

Walt and Bry tell Q all about the recent 4Colors4Life Ant Moot.  A group of ants rented a beach house and spent the weekend visiting the Stash, Collingwood Flea Market, the Quick Stop, etc.  Walt made Gitem dress in his Elephant Hunter outfit and he adorned his Baron uniform for their visit only for the entire group of Ants to arrive in their own Baron masks.  Walt reveals the existence of a new Frank, Frank 6.  He was among the ants at the Ant Moot and Walt bestows him the honor of a numbered Frank in exchange for a WalMart discount.

Frank 3 has been MIA and Walt gives him 30 days to answer the call or lose his Frank status.  Bry received news from Rob Bruce that Frank 1 has passed away.  Walt thinks Frank 5 should be promoted to Frank 1 but Bry says that would mean re-branding the Rewind show.

Lt. Dan from episode #026: Lt. Dan vs. El Jefe writes an email in to Walt explaining that like Q he is a survivor of Encephalitis.  He is hoping to connect with Q about their shared diagnosis, Q would rather not talk about it.

Walt let’s the cat out of the bag that the Sunday Jeff twitter account is in fact run by him, thus revealing the worst kept secret in TESD history.

Bry discusses the case of a Florida man being arrested for his “I Eat Ass” bumper sticker.

Can a Hershey a day keep death away?  Q guesses the calorie count of a Hershey bar exactly right earning the nickname Candy Rain Man.

An ad for life insurance leads Walt to ask Q if he is included in his will, perhaps getting his comics.  Q again talks about how his cat’s are going to be taken care of in event of his death.