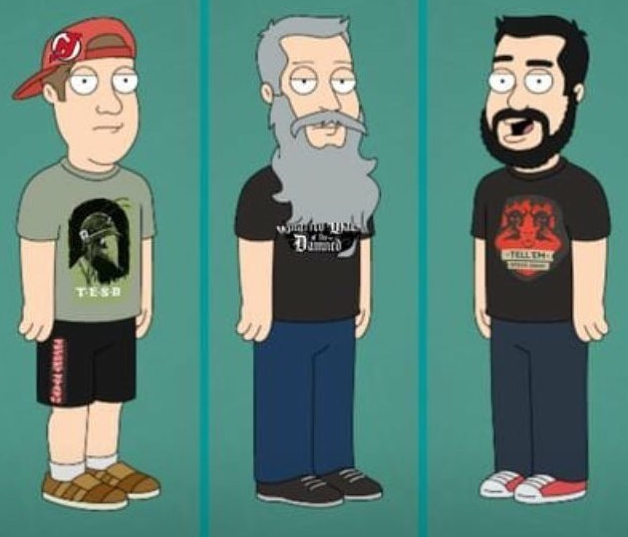 After addressing his h8trz, Walt & Q pontificate on what Bry should care about.

“It’s getting pretty political in here, is that fucking alright with everyone!?” – Bryan

“Oh we’re so concerned for Bry, let’s get him some fucking therapy” – Bryan as his concerned fans.

TESD is Tune in, Escape, Submit…. and… Buy a skull! – Walt after not being able to think of a D word

“Try to be cute behind bars, bitch” – Walt

Hitlearn:  A Scottish comedian teaches his girlfriend’s pug to give the Nazi salute after being tired of hearing how cute he is.

Freedom of Speech vs Censorship debate.  How far is too far when giving up rights for safety.

Bry and Q debated a socialist Uber driver at the pinball event last weekend.  The driver makes assumptions based on their appearences.

Bryan suggests he is going through The Change, Male Menopause.

A Heineken commercial is deemed offensive:  Sometimes Lighter is Better

Dyslexia is after the music this week:

Tommy Lombardozzi – You’re No Me