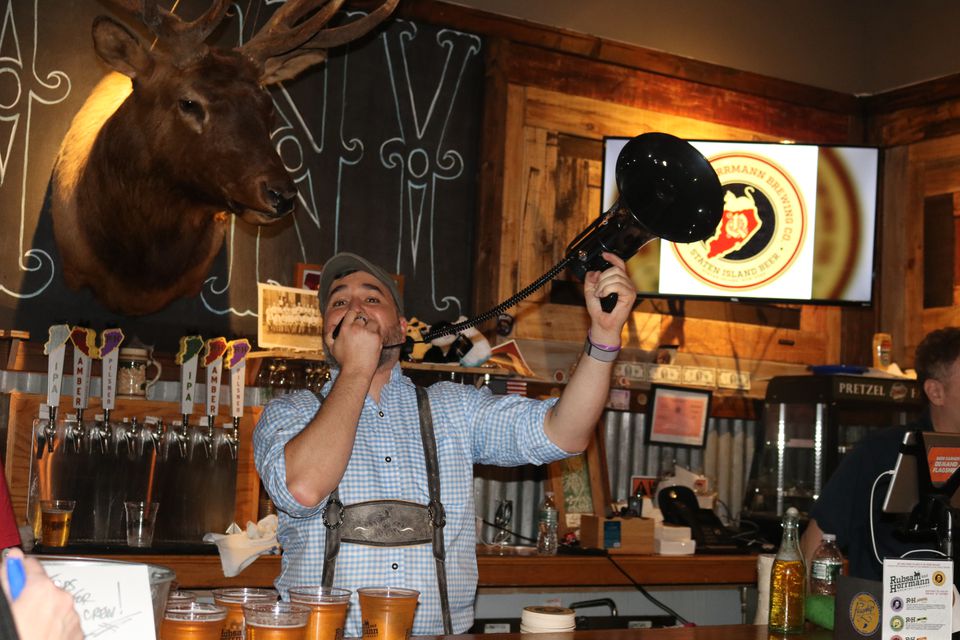 Puck Nuts Minute:  Antonio Brown causes havoc wherever he goes.  From refusing to wear the safety regulated helmets, secretly recording his coach and posting it on the internet, to numerous sexual assault civil suits.  Patriots drop him just as fast as they picked him up

“I’m saying right now, Bezos is gonna be the next Hitler.” – Walt

“It’s a shock you only have two kids, and the female survived.” – Bry to Ming.

“This is fucking podcast furniture!  You can’t expect fuckin’ Seymour and Flanagan!” – Walt about sponsor Burrow

Bry states that Ming was unapologetically flirting with Maribeth at the Rubsam & Horrmann launch party but Ming gets a pass because that’s just who he is.  Ming says Bry was to blame for making her dress like a beer wench. 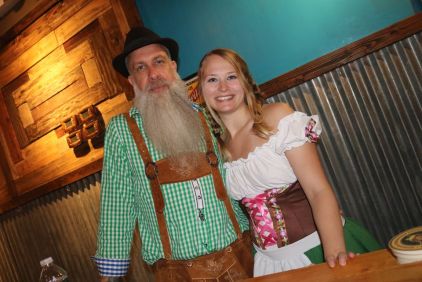 Bry and Ming along with many celebrity guests bartended at Q’s R&H launch party.   Bryan tries to shame Walt and Mike for not RSVPing yes or no to the eVite.  Walt claims he should get a pass because of his social anxiety and said Mike didn’t want to go with brown stains on his hands from refinishing his deck.

Q mentions how proud he was of Gitem at the party.  He came dressed to impress in a tucked-in button up shirt, was friendly with everyone not letting his social anxiety get in the way, didn’t drink too much and even stayed after to help clean up.

A surprise guest showed up without Q’s knowledge, his wife having gotten him tickets knowing he was a fan.  Bubbles from Trailer Park Boys is spotted in line waiting for a beer and Bry get’s star struck.  Q exchanges numbers and is trying to get on Trailer Park Boys in the future.

TESD shits on another sponsor during a fantastic ad read for Burrow.  Walt questions the quality of the furniture and then say they are catering to lazy losers when he hears they have USB chargers built in.  The ad derails further when they talk about Amazon and free shipping with Walt comparing Jeff Bezos to Hitler.

A Long Island volunteer firefighter is suing his department for abuse at the hands of colleagues.  The other firemen would taunt him for being overweight and tampered with his equipment.  Q says ball-busting is part of the culture but you should never fuck with safety equipment.  Walt banishes ribbing from the Stash because certain employees can’t handle it.

Bry offers a hypothetical:  What if Mike did go to the R&H launch party and relapsed off of Q’s stash.  Would Q feel responsible for ruining 20 years of sobriety?  Would he pay for top dollar rehab?

Q takes a picture in front of the L.A. MeUndies Store.

Talk of old school metal heads that were way too into metal.  Bry talks about a program called Back in Control which was like the gay conversion camps for kids that were into Heavy Metal and Punk.

Bry offers up one final hypothetical after talking about was a party animal Q’s mom was, dancing all night at the R&H launch.  What would Maribeth do if she went to use the restroom and Q’s mom was in there doing lines of coke.  Would she tell anyone or would she do a bump with her?