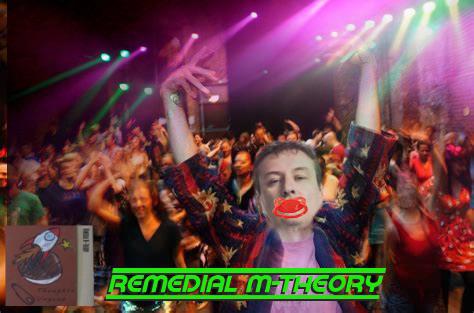 Thanks to Q, Walt relives a familiar nightmare. How to crack a safe. Jsarge brings good vibes and comedian Steve Byrne joins the pod.

“How would the Devils’ know I’m an asshole?”-Walt

“Really, you’re gonna stick a finger up a kids’ ass? What kinda guy are you?” – Bry

“Are you secretly judging me cuz I’m not wearing a mask?” – Bry

“You’re propping yourself up with that word when all you’re really doing is driving by something saying ‘There it is'”. -Walt about Bry the educator

“Pam and Edgar were real High Falutin’ with the spelling of names.” – Walt

“Didn’t you leave fuckin’ a thousand dollars under your couch? So why do you doubt highly someone would put money in a place it should go, a fireproof fuckin’ safe!” – Walt

“What’s that shit people do at raves? That’s what I feel like doin.” – Walt

“I am Retardicus, listen to my good vibes.” – Bry

“With that spaceship there I shoulda known it was a planet, not a cookie.” – Walt

“To not include a stand-up such as Sal Vulcano does that make a statement on your opinion of his stand-up skill?” – Q

Q drives to Florida for some family things but when he tries to fly back he misses a flight and observes distinct lack of mask adherence.

Q records an interview with former NJ Devil Scotty Gomez for NHL.com, making this episode a sequel to #317 This Is Why! Q and him hit it off and have been texting ever since. He is even sending Q some Alaskan Salmon he caught.

Bryan, Maribeth and Sage fly to Vegas for a short trip. Bryan wants to include some educational experiences for Sage so plans to visit the Grand Canyon and Hoover Dam. Both of these fall through and their last ditch effort at an Aquarium is cut short after the power goes off halfway through the tour.

Bryan is set to visit Erik in a few weeks. He claims his brother is feeling much better since we last heard from him. He has been posting views from his beachside palace to his Instagram feed.

Walt reads an article about a couple who buy a house and find a 700 pound safe that they can’t open or remove and offer whatever that is inside to anyone who can. Walt asks Git’em for what his approach would be. Git’em is worried about the release of poisonous gas if he tries to drill in, Q thinks he would just use a torch to cut away the outer safe to reach the inner. Walt would just lift it up with a rope and pulley and drop it out the window Looney Tunes style. Git’em says he has had safe-cracking and lockpicking experience.

Maribeth’s family similarly has an old safe that no one could open stored away in a barn and offer what’s inside to Bry. Walt, Bry and Q think it would make for fascinating Patreon material to do a live opening like Geraldo Rivera did with Al Capone’s vault.

J-Sarge releases his latest album, Thoughts Ungone, on bandcamp. Q promises to play it on his R&H Radio Program.

Comedian Steve Byrne calls in to talk to the guys about stand-up comedy, the NJ Devils, the Action Park documentary, and his new film “The Opening Act”.

Steve tells a story about how he worked a USO show in Afghanistan and as they were leaving believed the troops were shooting off fireworks to show how much they appreciated them. In reality it was RPG flares trying to shoot down their plane.

A New Jersey hypnotist is arrested for subjecting his patients to illegal prostate exams.