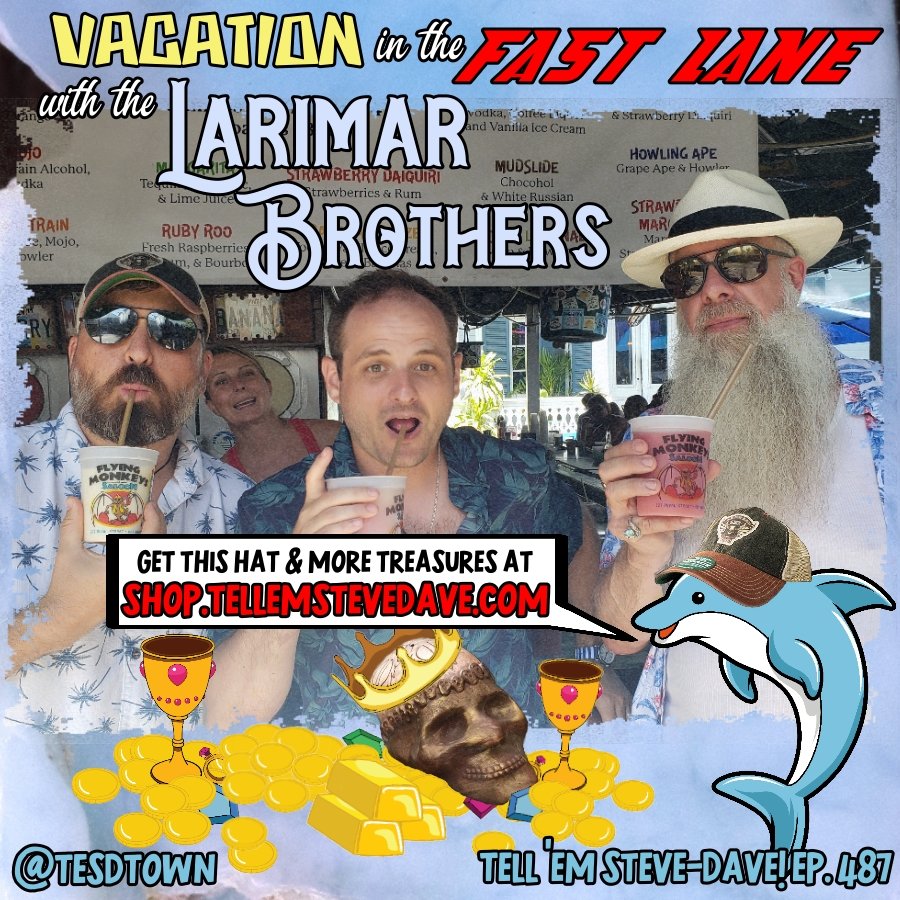 “I can see sunlight under Flanagan’s balls.”- Q

“Next thing I know I’m getting reamed by dolphins.”- Q

“The dolphins know Tell’em Steve Dave? That’s why they’re flipping for you. Everywhere you go people putting a show on for you.” – Walt to Q

“You have fat, manly, masculine fingers.” – Walt to Q.

“That’s one thing I didn’t anticipate is having someone’s wet leg right against you.” -Walt

Bryan annoyed at a dice game that Q won 7 out of 11 times. The guys go on a ghost tour on the Trolley of the Doomed but get a real dud of a tour guide that won’t stop talking about atrocities done to slaves. This reminds Walt of an aquarium tour guide that made an improper menstruation joke about sharks smelling the blood.

The Tenderloins start their own production company and hire Simmy to manage it. Could this mean Funeralz will be greenlit?

It is discovered Bry’s urologist listens to TESD. Is it a conflict of interest when he has a finger up Bry’s ass?

Bry calls Troy to ask who’s job it is to search through suspects stool after they swallow drugs to hide them.

More Frenchies are stolen this time from a mall. Walt said he would shoot to kill if anyone came for Cooper.

Walt tells a story of how Tom Mumme and his family were involved in a multicar accident while on vacation and their dogs escaped and ran on the highway. One dog was recovered quickly but the other was still missing after several days of searching. It was later found that the dog tracked it’s way to the tow truck driver who assisted them at the scene.

Q offers to help Git’em get in shape again by setting up a personal trainer for him. Git’em says he just needs someone to walk with.

The 2021 Summer Backyard Olympics are discussed with the many events to be featured. Frank 3 was a thorn in Walt’s side by arguing every little thing.

Is America a paper tiger when we don’t retaliate on cyber attacks?