Alex and Victor are the resident TESD cameramen having recorded many episodes of both Tell’em Steve Dave and the All New Sunday Jeff Show.  On #436: Overkill Junior the brothers told an epic tale of how they fought off a couple of home invaders.

Tom is the head writer on The All New Sunday Jeff Show, having penned many great bits such as Sunday Chef, Two Jeff Feet and Jeff Dumb and Blind.  He made his non Patreon premiere on the 2019 TESD XMas Special. 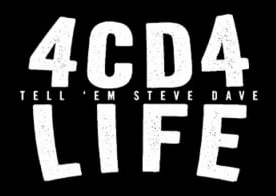 4Colors4Life is the largest Tell’Em Steve Dave fan group on Facebook with close to 2000 members including some TESD town residents.  The group’s administrators, Danielle and Adam, frequently host giveaways for Tell’Em Steve Dave stickers, patches, and other goodies and have organized several Ant Moots to visit the Secret Stash, Collingwood Market, and attend a live taping of the Sunday Jeff Show.  There is also a buy/sell/trade part of the group for Tell’Em Steve Dave and View Askew related items.

First Mention of the Group

Maribeth is also in charge of securing advertising for TESD and has been the only one (somewhat) successful in reigning in Bry’s ability to pick apart their sponsors.

Casey is the man behind a lot of the music and jingles used in the Impractical Jokers.  Music from his band Les Vinyl is often played before Tenderloin live shows and the song “F for Effort” is the theme to What Say You podcast.

Sam Q, aka the Zen Librarian, started appearing on episodes of the SmodCast Smorning Show with Ming and soon spun off into their own podcast:  The S & M show.  It is unknown if the new podcasting relationship has affected Ming’s partnership with Mike.

The Zen Librarian was one of the special guest Judges on the 2014 XMas Special.

Brï and Brÿ Stone are two famous Pinball Playaz from Staten Island, NY.  Not much else is known about these enigmatic brothers but their favorite insult is “Goose” which they throw around quite often.

Member of The Tenderloins and star of TruTV’s Impractical Jokers, Joe Gatto is the third member of IJ to appear on TESD.  Joe is anti bullying yet called some angsty teens in the mall Fuck Face, much to their dismay.  On XMas pods Joe can be seen quite disoriented and acting  manic either from too much eggnog or being out in the cold too long. 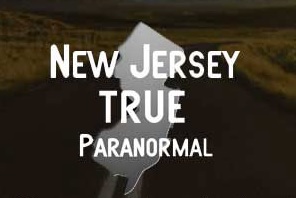 Josh is co-founder of New Jersey True Paranormal and led the expedition to Willowbrook Hospital with his team in the overkill episode Overkill #5: If it’s too loud, you’re too old.

Q is annoyed when his team is too loud in front of his apartment and piss all over his bathroom prior to the ghost hunting trip.

Team member Hannah is a “cleansing expert” who uses White Sage to get rid of ghosts and can cast a protective spell to keep the ghosts from coming home with them.  She does not like when TESD tries to be funny and are too loud during the expedition.

Lt. Dan is a very early TESD listener and guest on the pod.  He had many interesting stories about being on active duty in the Navy and life on the seas.  He had great chemistry with the guys and led Walt to thinking the Navy might be just what Bry needs in his life.