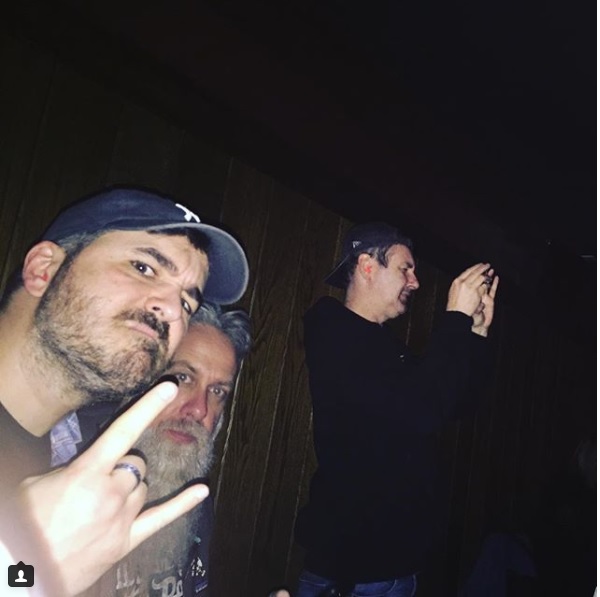 A 13%er who narrowly escaped the clutches of a deranged cult leader stops by. Is heaven just one big friend zone? Git ‘Em and Walt dish on their exclusive book club.

“You’re an alcoholic” – Q to Gitem

“I would totally blow dudes, all day and night!” – Q

“Tom Brady had never had a sunburn.  He stays hydrated!”  – Walt and Gitem.

“I know you like Tom Brady; is it difficult to read with all the pages stuck together?” – Bry

“If i’ve ever met a mother fucker that’s gonna sit at the right hand of god, it’s this judgemental cock sucker.” – Bry

“You sucked off a pizza. It came tomato in your mouth. The only thing missing was Jaws.” – Q

Bry has always dreamed of being a cult leader

Listener Kim tells of growing up in a super religious Pentecostal cult-like church.

Bry and Q were under the hypnotic spell of a preacher on TV in their hotel rooms at the pinball event.

Walt tries to describe Heaven to Bry and Q.

Walt and Gitem are both reading Tom Brady’s book to talk about at work.  Tom doesn’t eat tomatoes because they are in the nightshade family.

A deaf woman is hired as a police officer.

Walt bemoans that Dyslexia has been too easy the last few weeks so is going back to the original rules of the game where the opposite words are in reverse order to the answer.

This weeks clues are:

All clues are Monster Magnet Songs