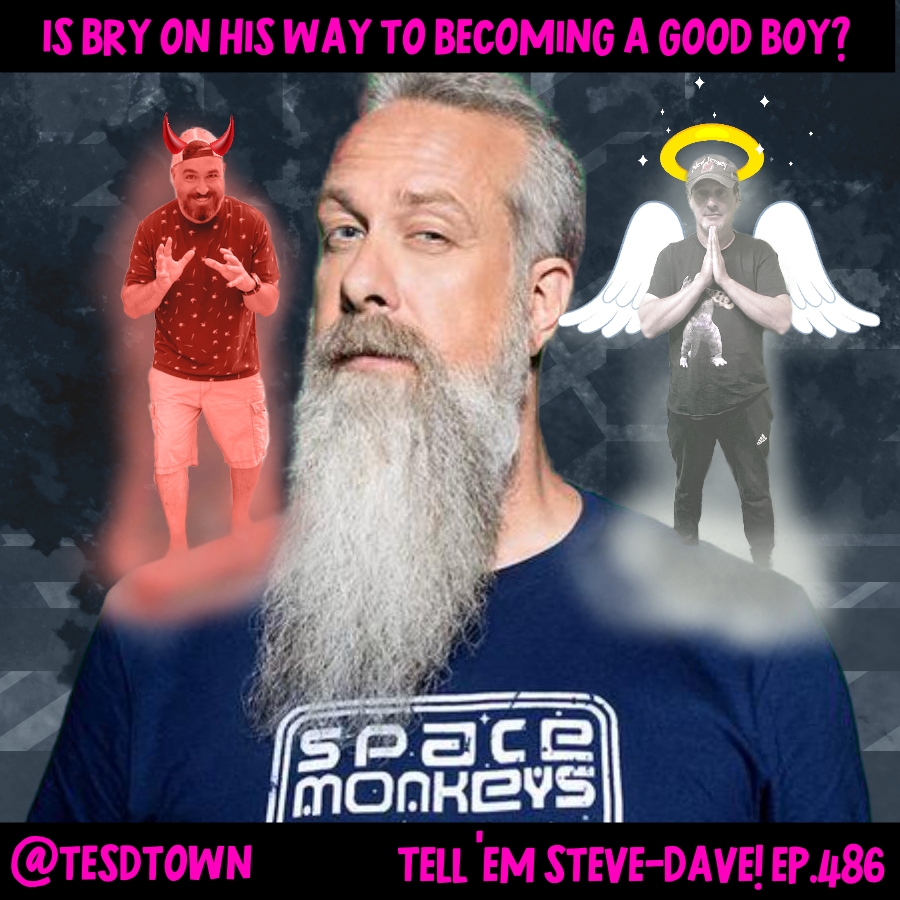 Bry is on his way to becoming a ‘good boy’. Forgiving a friend for his compulsion. The boys Hitlearn something.

You Hitlearn Something New Everyday: A teacher is forced to resign after assigning a student a project to detail the accomplishments of Adolf Hitler, including cosplaying as the dictator.

“And you get that call, and it’s like Grandma died.” -Walt “Booooing” – Bry

“I got milk mouth baby, come here and gimme a kiss.” – Walt as Q

“When you invite a Q you’re gonna have to expect theres gonna be a delay on the shoot for tatas.” -Walt

“Hurhurhur going to the strip club boys.” – Walt as Bry.

“It was a skeleton crew, not judging by their weight.” – Bry

“It isn’t funny, but it is informative” – Walt

“This blanket’s snuggly, you’re like what the fuck he’s not even human he’s an ice troll!” – Q

“Why can’t Chris Laudando light a candle instead of cursing the darkness.” -Bry

Autumn is considered the best season of the year. Q judges people on if they agree to this or not.

How fast a conversation turns to weather is the gauge of how little you have in common with someone.

Q gets Bry into hot water by getting him to break his boycott of Fantasy’s GoGo bar after Maribeth is eliminated the first round of a wet t-shirt contest when all the other contestants were “professionals”. Q suggests Bry and some others kill time at Fantasy’s in between filming of the Patreon Bowling event and a podcast at the studio. After the pod recording Walt invites Bryan to get something to eat at Friendlys. This makes him the angel on Bryan’s shoulder and Q the Devil.

Walt questions how effective Blue Chew is, would you maintain rigidity in the face of an emergency, like if you receive news that your Grandma died? Has Blue Chew considered making a powder drink mix you can put in milk, like Nesquick.

Bryan posits a hypothetical if he was an EMS worker who helped people but secretly did it because seeing horrible accidents is his sexual fetish would it make his good works any less noble?

What would Q do if his nephew asked for help on a Hitler school project?

A woman poop bombs her neighbors for 25 years, is banned from going to the bathroom in public.

Walt is name dropped on the newest episode of Impractical Jokers. Walt can’t wait to show his girls.