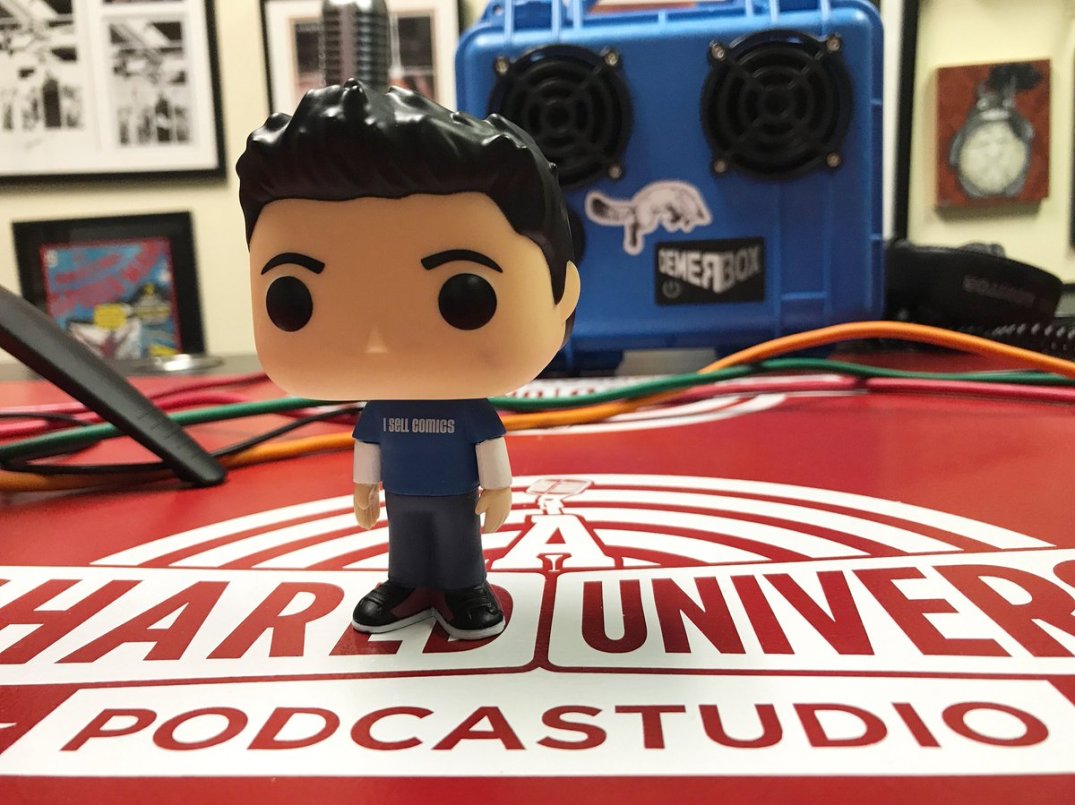 While BQ lights up the silver screen with his matinee idol looks, Bry and Walt talk to the legendary Ming Chen and play a new game with him.

“That’s the trick, find a partner that sounds stupider than you and you’ll sound awesome” – Ming

“You come in and you see the staff and let’s say the staff is like uh- texting on their or they’re p- trying to catch Pokémon, how would you handle it?” – Walt to Ming

According to Walt, Q being gone for so long is like when Richie left Happy Days.Ming Chen is the first of many guest hosts to fill in Q’s absence.  Walt claims Ming’s presence was one of the reasons early TESD was so popular.

Ming tells about his new entrepreneurship co-owning both a comic book store called Coral Sword and a podcast studio called A Shared Universe.

Walt wants to know as a fellow store owner/manager, how would he handle an employee like Gitem.  Ming says the key is to treat them like a simple beast of burden.

Ming reveals he makes house calls to people who want to podcast.  One of his clients is a female gynecologist that interviews him for one of her pods.

Walt unveils a new game to play with Ming and Bry.

This weeks Dyslexia clues are: